The most important lesson I learned... was that the winner of a gunplay usually was the one who took his time. The second was that, if I hoped to live on the frontier, I would shun flashy trick-shooting--grandstand play--as I would poison...In all my life as a frontier peace officer, I did not know a really proficient gunfighter who had anything but contempt for the gun-fanner, or the man who literally shot from the hip.
Wyatt Earp

The first Chuck Wagon was developed by cowboys working for Colonel Charles Goodnight, co-founder of the Goodnight-Loving cattle trail. Credit for inventing the chuck wagon is given to legendary ranch man and trail driver Charles (Chuck) Goodnight who invented the chuck wagon in 1866 for use by his crews.
Here's a look at frontier cowboy recipes and trail side cooking.  Did you know that a ranch's cook shack was a private realm ruled over by a cantankerous master cook?  He was a permanent member of the outfit and wielded even more power than the itinerant cooks who filled in on western cattle roundups and on the trail. He slept in the cook shack rather than in the bunkhouse, and he made certain the hands showed proper respect - which he sometimes enforced with the broad end of a skillet. The cowboy cook's authority lay in the fact that he provided one of the single most important elements, along with sleep, that a cowboy both cherished and needed. And the food had better have been top notch, otherwise, top hands wouldn't work for such a place.
What are the ingredients in chuck wagon?
Of course the beef was off of a fat yearling, a good meat to start off with.”. Chuck wagon staples had to travel well and not spoil. The list included flour, sourdough, salt, brown sugar, beans, rice, cornmeal, dried apples and peaches, baking powder, baking soda, coffee and syrup.
Old West Frontier Videos 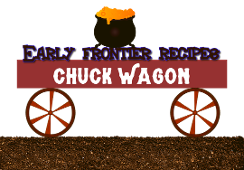 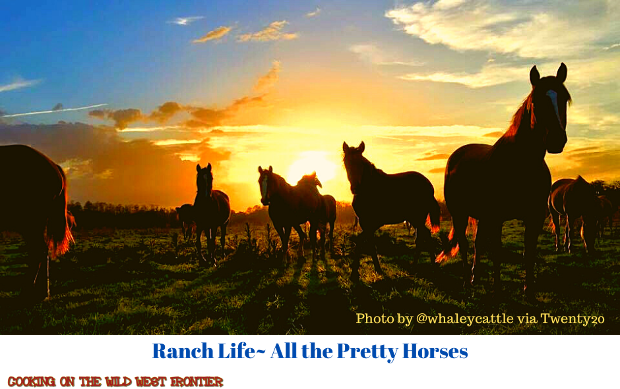 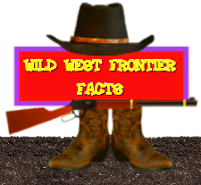 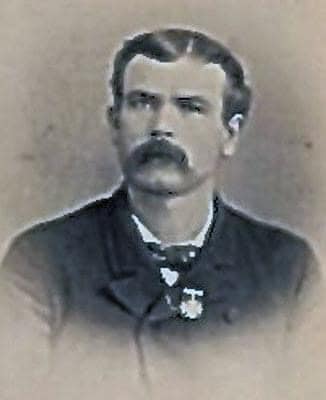 Fred White
Fred White, Tombstone, Arizona’s first town marshal, was elected on January 6, 1880. In July, Wyatt Earp was appointed as a deputy sheriff for the county and two formed an alliance to protect the town, as well as a strong friendship. White quickly established himself as a likable and professional lawman and contrary to many
depictions of him in western films, he was respected by Clanton’s Cowboy faction. In fact, he had arrested “Cowboy” members on a number of occasions, rarely having any problems when doing so. He got along particularly well with “Curly Bill” Brocius, often bantering and joking with the man. Overall, he was seen as an unbiased man, uninvolved in the politics of Tombstone.
But for White, he had a massive job on his hands, as the town of Tombstone, filled with rowdy miners and cowboys, was a lawless place, where violence was a common occurrence.
The night of October 27, 1880, was no exception, as several members of the “Cowboy” faction, liquored up and having fun, were finding sport in firing their six-guns recklessly in all directions on Allen Street.
At around 12:30 in the morning on October 28th, White responded to the sounds of gunshots, closely followed by Deputy Sheriff Wyatt Earp. He found Curly Bill Brocius and several other cowboys still shooting it up in an empty lot where the Birdcage Theatre now stands. Ordering the men to surrender their weapons, each of them gave up their guns voluntarily without incident until Curly Bill Brocius presented his six-gun to the marshal, barrel first. As White grasped the barrel of the gun the weapon discharged, shooting White in the groin. While no one knows exactly what happened, it is thought that the pistol’s hammer was probably “half-cocked” over a live round when White pulled it from Brocius’ hand.
Writhing in agony, White fell to the ground. An enraged Wyatt Earp then began to pistol-whip Brocius before arresting him and taking him to jail for the shooting. Morgan Earp, also on hand, helped to bring in the other men who had caused the excitement, charging them with violating city ordinances. Upon depositing Brocius in a cell, Wyatt swore out a complaint against Brocius for assault with intent to murder. Though this incident is often portrayed including the Clanton and McLaury brothers, the newspaper the next day does not support this.
In the meantime, Marshal White was made comfortable and looked to by a doctor, who expected him to make a recovery. But it was not to be.
When the new day dawned, the rowdy makers went before the judge, were fined for violating city ordinances, and released. Brocius; however, asked for a postponement until he could get a lawyer. Later he appeared with Judge Haynes of Tucson, as his counsel, and as a lynch mob was forming in the camp to hang Brocius for the shooting of the popular marshal, whose condition had worsened and looked as if he might die, Brocius was ordered to be taken to Tucson to be held in protective custody. As Wyatt Earp and George Collins headed to Tucson with Brocius in a buggy, they were escorted out of town by Virgil and Morgan Earp.
In the meantime, Marshal Fred White, who had been steadily declining, lost his battle on October 30th and died. He was buried at Boot Hill Cemetery in Tombstone.
Brocius was said to have terribly regretted the shooting of White, whom he apparently liked, and maintained that the shooting was an accident, a fact that was supported by testimony given by White before he died, as well as Wyatt Earp in Brocius’ trial.
Brocius was eventually acquitted of any wrong-doing, with Judge Nuegass commenting that the shooting was “Homocide by Misadventure” or, in other words, an accident.
Brocius was released from custody and despite Wyatt’s statement that helped him to be freed, Brocius could not forgive Wyatt for the pistol-whipping. This was just one more of the many incidents that increased the ever-mounting tension between the Earps and the Cowboy faction.
After the death of “Old Man” Newton Clanton in July 1881, Curly Bill became the leader of the Clanton Gang. After the Gunfight at the O.K. Corral in October, Brocius attempted to kill Virgil Earp and succeeded in assassinating Morgan Earp. Brother Wyatt, looking for revenge for Morgan’s killing, reportedly caught up with Brocius on March 24, 1882, and killed him with a double shotgun blast to the chest.
By Kathy Weiser-Alexander
Republished by Roger Brown 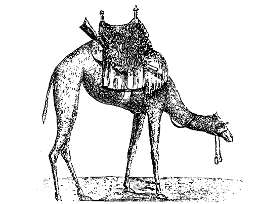 Feral camels once roamed the plains of Texas.
One of the wackier ideas in American history, the U.S. Camel Corps was established in 1856 at Camp Verde, Texas. Reasoning that the arid southwest was a lot like the deserts of Egypt, the Army imported 66 camels from the Middle East. Despite the animals’ more objectionable qualities—they spat, regurgitated and defied orders—the experiment was generally deemed a success. As the Civil War broke out, exploration of the frontier was curtailed and Confederates captured Camp Verde. After the war, most of the camels were sold (some to Ringling Brothers’ circus) and others escaped into the wild. The last reported sighting of a feral camel came out of Texas in 1941. Presumably, no lingering descendants of the Camel Corps’ members remain alive today.
Roger Brown 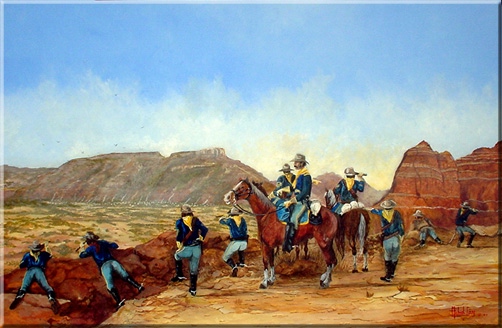 THE LAST INDIAN battle in Texas was fought in Palo Duro Canyon in 1874, when Colonel Ranald MacKenzie and his raiders attacked a huge encampment of Kiowa, Cheyenne, Comanche and Arapaho. The raiders destroyed over 100 lodges and 1,400 horses and mules and drove the surviving Indians to an Oklahoma Territory reservation. Today, Palo Dro Canyon is the setting for the spectacular outdoor drama TEXAS in which Texas history is reenacted using the beautiful canyon wall and rim as a backdrop.
Canyon Mustard Cheese Spread
The men raved about this spread at a tasting party.
Yields 2 1/2 cups
Ingredients:
Directions:
Combine meted butter and pecans in large, flat pan and roast at 200 drgress for about 1 hour. Stir occasionally; do not allow to brown. Combine remaining ingredients an blend thoroughly. Add toasted pecans and mix. This may be used as a spread for crackers or a dip for fresh vegetables. 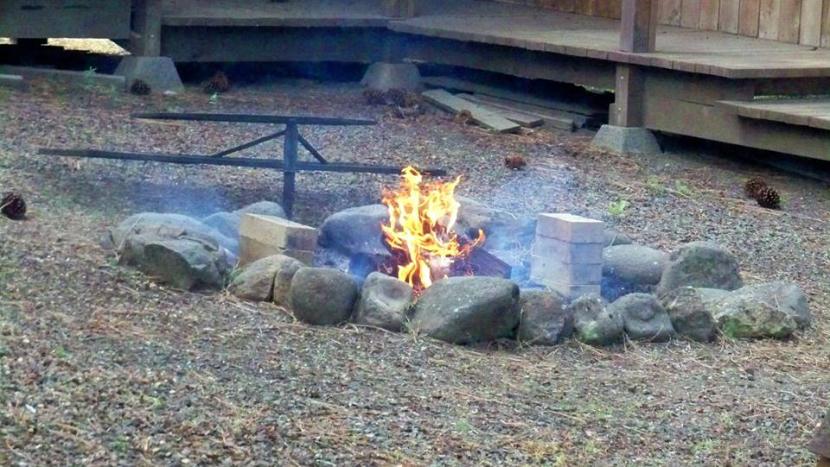 Early frontier cooking was highly influenced by place and season. Indigenous plants and animals supplied much of the food. Think buffalo & squirrel. Other provisions (flour, dried beans, coffee, sugar, etc.) were stocked at points of origin and resupplied along the way. The first pioneers in most places ate by campfires. By necessity, foods were cooked by very simple methods. Dutch ovens, frying pans, boiling pots, and roasting spits were typically employed. As settlements grew, so did the range of cuisine. Why? Improvements in housing and transportation enabled a greater variety of food to be prepared in more traditional ways.
Cowboy is his name 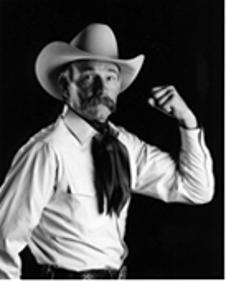 Author: Baxter Black
There's a hundred years of history
and a hundred before that
All gathered in the thinkin'
Going' on beneath this hat.
The cold flame burns within him
'Till his skin's as cold as ice
And the dues he paid to get here
Are worth every sacrifice.
All the miles spend sleepy drivin'
All the money down the drain,
All the 'if I's and nearly's
All the bandages and pain,
All the female tears left drying',
All the fever and the fight
Are just a small down payment
On the ride he makes tonight.
It's guts and love and glory,
One mortal's chance at fame.
His legacy is rodeo
And cowboy is his name.
Author: Baxter Black 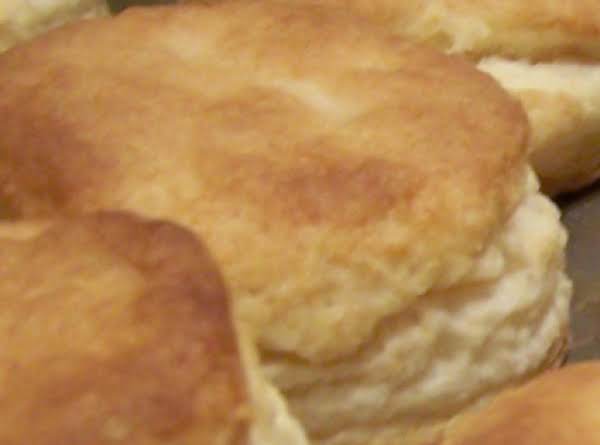 This site contains affiliate links, which means that I may get a commission if you decide to purchase anything from suggested companies. I recommend products that I use and love myself or that I think would be a helpful resource for you. Using these affiliate links to make your purchase helps to keep The "CookingontheWildWestFrontier.net" website, running.  Thank You.